I read an article last year published in the Huffington Post entitled, “7 Life Changing Lessons I’ve Learned Living on a Caribbean Island”.  My first question was, where in the “Ker-ih-be-un” the writer lived and what the hell kind of island she lived on.

To be clear, the Caribbean is made up of a number of islands surrounded by the Caribbean Sea and the Atlantic Ocean.  The majority of Caribbean people speak English (yes, I’m looking at you, uneducated Harvard grad from TMZ who was convinced that Rihanna’s people do not speak English)…

Some of us speak Spanish, French or Dutch.  Most of us are independent nations but some of us aren’t.  We have everything you all in the big wide world (BWW) have but on a smaller scale.  We travel, so many of us have been to more countries than you all in the BWW.

So on to this article.  These are my responses to her lessons and by the way, when we refer to islands in the Caribbean, Roatan does not come to mind (don’t get me wrong, I’m sure it’s lovely).  However, I had never even heard of it until I read this article.  We start with Cuba and Jamaica in the north and end with Trinidad and Tobago and Guyana (which is a country on the South American continent) to the south.

A map for the unaware:

We have electricity and except for rare occasions such as if you don’t pay your bill or there is a severe storm or something similar, it stays on.  It powers our refrigerators, televisions, computers (like the laptop I’m tappity-tapping away on now) hairdryers and what have you.  In Barbados, mah contry, we have a couple electric cars and a neat thing called solar power which we use as an alternative to electricity.

Example of a supermarket in Barbados:

In addition to local goodies, you can buy items that have been gasp, imported! Unless, again, there is some disaster, the supermarkets in Barbados open pretty late so you can get your chicken, bread, milk and tomatoes.  The only thing that may scare you is the price, cause it scares me.

Unless you are experiencing serious financial difficulties, you will not have to wear the same thing several times a week if you live on a Caribbean Island.  We have electricity, so you can do laundry, we have clothing stores, so you can shop and we have dry cleaners if you should need one.

Mall in Trinidad with a Food Court!:

Yeah, eat seasonally, we all do. Fruit is on the tree, at the Farmer’s Market (we have those too) and in the supermarket.

I will admit this one, we are perpetually late, except for when we are doing business with the BWW where we will be ready for that conference call or Skype meeting when you are.

But otherwise, tell us to get to the party at 6 when you really mean 7 so you aren’t watching ice cubes melt at 8. 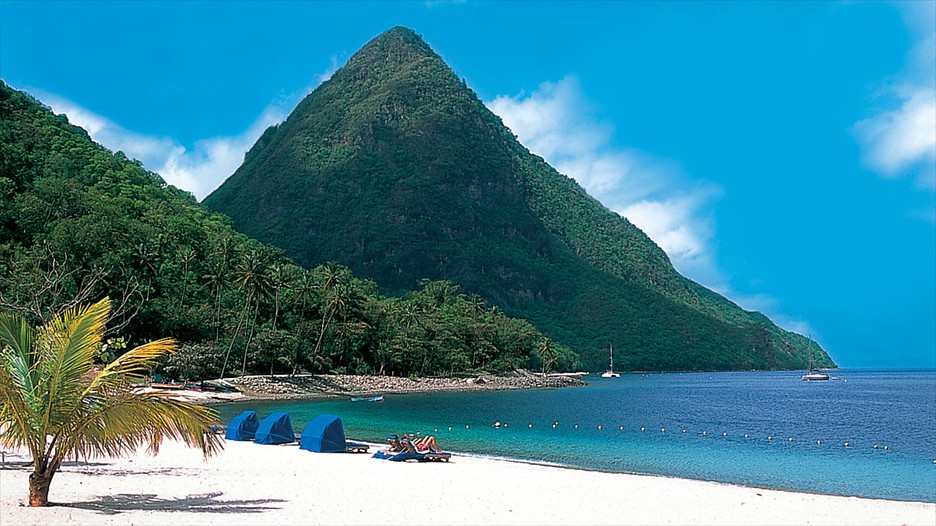 So yeah, it isn’t that bad.  Pay us a visit some time and see for yourselves.